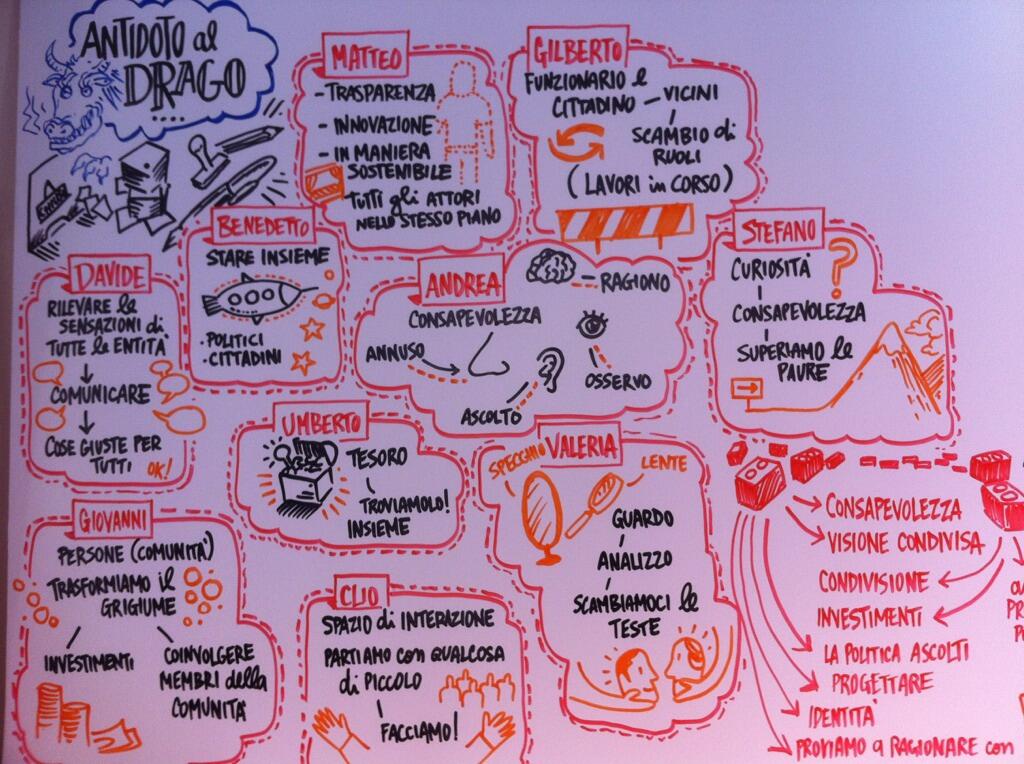 h 11.30 feedback attività “out of the building”

Adam (uno degli organizzatori globali) ci manda alcune risposte alle domande classiche sulla govjam. Punto chiave: il senso della jam comincia DOPO la JAM! Enjoy!
How many Jams are there in #GGovJam?
About 35 Jams signed up for the event, but not all of them will take place. Right now, Jams are “checking in”, to confirm they will participate.
How many Jammers are there?
All Jammers will sign up on the Jam platform at the weekend. That will give us an exact number. Until then, we plan with between 500 and 800 Jammers. The Jam is not an “online” event. It is a face-to-face event with many locations where people meet physically, in the same room. The biggest Jams have around 100 people, the smallest might just a few people around a table. Most jams are about 20 or 30 people.
What is the purpose of the Jam?
It’s the same as a Jam in music. To challenge yourself, learn new skills, meet new collaborators, encounter ideas you would never have had if you were alone, and have a great time.
What happens with the ideas from the Jam?
The Jam is not about ideas; the idea phase is finished early in the Jam. The Jam is about building prototypes – making ideas as physical as possible so we can experience, communicate and test them. It’s about doing, not talking.
Can you give an example of a Jam project which is now real?
You didn’t listen to the last answer 🙂 The Jam is not a start-up event, it is not designed to create implemented projects on Friday morning, or next month, although that can happen, and does happen.  A Jam is much earlier in the innovation process. “A musician does not visit a Jam to record an album, that is what a studio is for”.
Of course there are projects which have become real, and that’s great. The GovJam Pilot in Canberra resulted in a handful of Jam projects being implemented.  But the Jam is equally about the connections which Jammers have made. It is about the skills and attitudes which people have taken into their work, schools and private lives. And the empowerment which comes from knowing “I can be creative, I know how to make things happen. I can do this!” The really interesting projects of the Jam are the ones which happen afterwards, inspired and made possible by the Jam. (For example, the GovJam pilot also resulted in more than a dozen new projects being implemented or scoped AFTER THE JAM.)